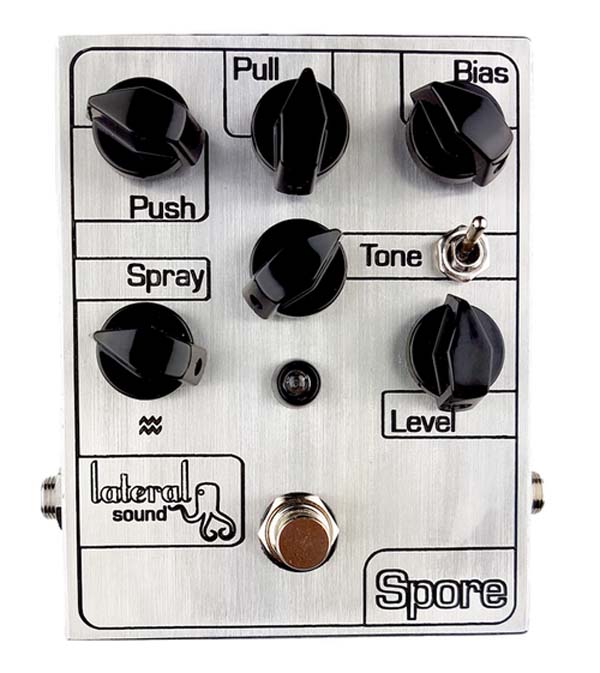 Spore is a really versatile fuzz pedal. You’d probably hope so, given that it has 6 controls. Versatile it is though. Something-for-everyone often equates to jack of all trades, master of none. We look at it more like ‘you’re in control of more than a 2-knob fuzz has to offer’. Spore has 3 independent gain stages – a boost stage hits a Soviet-era Russian Germanium transistor, which then feeds a Silicon transistor. Then there’s a tone section before the volume control. This means with everything set to ‘moderate’, you get a great overdrive sound, but with a little adjustment you can have a massive textural palette of fuzzy sounds. Then there’s ‘Bias’ and ‘Spray’. These two act specifically on the Germanium section, allowing you to knock it out of balance, starve it of power, shape weird zippy gated tones or set it howling and oscillating like a runaway synth.

Spore has now entered a new phase - version 1.1 if you will. We are now engraving rather than printing the graphics and there is a new Tone Bypass switch. This (funnily enough) bypasses the tone circuit and as a result gives you the full, raw, visceral Spore experience, along with a boost in volume.