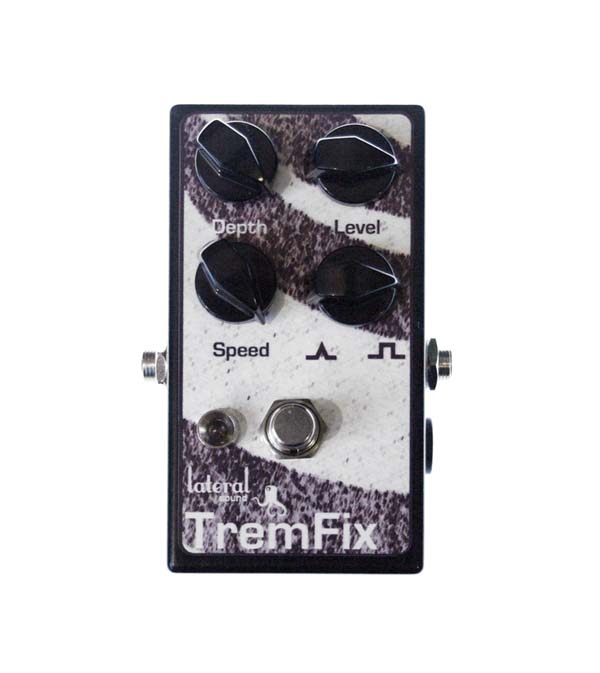 TremFix pretty much does what it says on the tin. It was born from a commission that quickly became something we felt really ought to be part of the lineup. Simple enough to get stuck into straight away, but with enough features and scope that you’re constantly finding new settings.

The first criteria for us was flexibility – a really defined on/off square wave is sometimes just what you need and sometimes it’s too much of a distraction. Similarly, if you’re using an overdriven or distorted tone, a subtle tri or sine wave shimmer won’t necessarily give you the drama that you’re after.

So, to make sure you’ve got all the bases covered, we equipped TremFix with a shape control that gives you super-square dramatic pulses at one end of the dial and vintage amp style sine/triangle waves at the other end. Combine that with the Depth control and you can dial in whatever type of tremolo that you’ve got in mind.

The speed control should be fairly obvious – really slow, really fast and a nice smooth sweep from one extreme to the other. We also decided that sticking a booster in there might be a good plan – one of the first questions that everyone seems to ask about tremolo pedals is often “is there any volume drop”? So, to answer that, no there’s a volume boost if you turn it right up. It doesn’t ‘suck’ lows or highs either.

And, as if all that wasn’t enough, the amber status LED blinks at the speed of the oscillator.